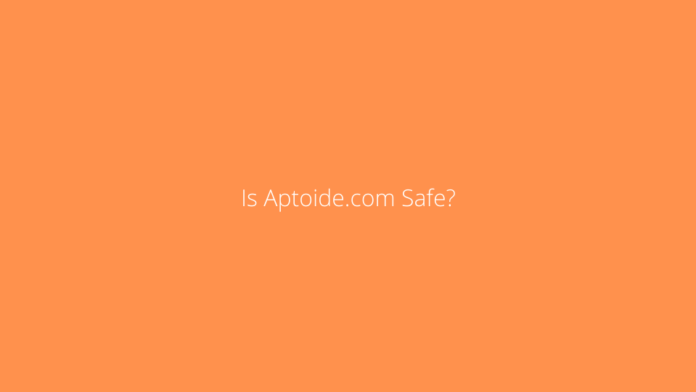 In this article, we shall give you answers to the questions above and a lot more valuable insights to Aptoide.

But, before we begin, let us explain to you what Aptoide really is…

Aptoide is an online app store for Android-based smartphones and tablets. There is no central store in Aptoide like there is in the Android default App Store. Instead, each user is in charge of their own store. It’s published by Aptoide S.A., a for-profit corporation with its head office in Lisbon, Portugal, founded in 2011.

This app has a variety of versions: Aptoide for smartphones and tablets, Aptoide TV, Aptoide VR and Aptoide Kids for kids’ devices are just some of the options available.

Using Aptoide, Android users may quickly and easily download mobile apps. Over 300 million users and 1 million apps make it one of the most popular alternatives to Google Play. With AppCoins, users can download programmes from any country, not just those in which Google has a presence (such as nations where Vidmate, SnapTube, or LuckyPatcher are not yet available) (e.g. China).

Inspiring this idea is the APT packaging manager’s ability to integrate packages from various sources (repositories). The client can look for sources where an application is stored when the user requests a package.

The words “APT” (the Debian package management) and “oide” combine to generate the moniker Aptoide (the last syllable of “Android”).

About 200 million people used Aptoide, and it is available in 40 languages as of 2017. The platform’s software had been downloaded about 6 billion times as of 2017. About 1 million Android apps can be found in the various app shops on Aptoide.

Yes, Aptoide is completely safe to use. here is why:

More than 4.7 million Android apps from 27 third-party marketplaces were gathered for the study, which was published in the ACM Guide to Computing Literature.

The rate of benign apps, review system, explanation of app permissions, report system Safety badge, and Hypertext Transfer Protocol Secure were assessed to develop a security index of the market.

To determine which marketplaces were safest, the authors of the study ranked them according to their security index. Based on the results, Aptoide was rated the safest marketplace for downloading applications online.

It’s vital to remember that anyone may open an Aptoide store and start selling software there. There have been some instances of harmful software being released because of a looser application review policy. However, to single out Aptoide as the culprit would be unfair. A secure application shop does not exist, and every one of them has at some point included potentially hazardous apps or malware in its catalog.

Tips for staying safe when using this app store can be found below. For example, it’s a good idea to only download apps from well-known companies. Do not install software that claims to solve impossible problems, such as spying on WhatsApp or finding out who has viewed your Instagram profile.

Why is Aptoide Safe?

Viruses masquerading as popular apps, as well as obnoxious ads, are daily challenges that Aptoide must deal with. Anti-malware software is just what their team needed.

In order to ensure that Aptoide customers are presented with information about an app’s safety, their anti-malware technology regularly scans and filters content on the store.

Security is a primary priority for our Aptoide’s R&D team, which works to provide solutions for the app market’s difficulties. They are currently working on two cybersecurity R&D projects, both of which are supported in part by European R&D frameworks:

Blockchain and developer reputation are at the heart of TrustChain’s mission to improve cybersecurity processes.

Aptoide is, in fact, perfectly legal. Aptoide, based in Lisbon, Portugal, was established in 2011 as an open source alternative to an industry that had previously been dominated by a single player: app distribution. Aptoide’s primary purpose is to provide Android users with an alternative method for discovering and downloading the finest apps. More than 300 million people across the world use the company’s services, which are available through multiple OEMs and third-party app stores with offices in Lisbon, Shezen (China), and Singapore.

Aptoide has more than a million free and safe programmes, and an independent research study has ranked it as the safest app store in the market. Aptoide’s material is either user-generated, which means it is uploaded by Aptoide users, or offered by the developers who want to spread their apps to millions of consumers worldwide. What’s the most exciting part? A thorough review of each app is conducted to ensure that not only is the material safe to download and install, but that it also adheres to applicable laws.

Apps like Aptoide are perfectly legal to use. Unlike iOS, Android is a more open platform that allows you to install applications from third-party sources. As far as I know, no one can stop a user from downloading and installing any kind of software, whether it’s an app or a whole game.

Despite this, Google has worked valiantly in the past to keep Aptoide out of the Android market. As a result, Google Play Protect began alerting users that Aptoide was harmful and, in some cases, even deleted it without their permission. Aptoide prevailed in court and ordered Google to stop harassing and demolishing its competitors. This reaffirms that Aptoide’s use is completely legal.

If we look at the information contained within this software distribution platform, we begin to have concerns regarding its legality. As far as I can tell, the vast majority of apps available on Google Play are identical. Android and other services may be violated by Aptoide’s development tools, utilities, or other features. To begin with, this is due to the fact that anyone can publish their own programmes without charge.

In any event, you don’t have to worry about breaking any laws if you use this app store. You should also be aware that Aptoide can run side-by-side with Google Play without causing any issues. Because of this, we may claim it’s the perfect complement to Google Play, allowing us to update our apps in advance or obtain programmes that aren’t otherwise available.

What are the advantages of using Aptoide.com?

Below we have enlisted a few advantages of Aptoide that make it better than most application downloading services.

You won’t find Aptoide in the Play Store if you tried looking for it there. Since they are a direct rival of Playstore, you won’t find it there. From its official site or mirrored sites, you may get this apk for free. When Aptoide has been downloaded to your smartphone, the installation process is simple and quick.

Aptoide is one such programme that allows you to browse through tens of thousands of available applications. Moreover, you get get them for free, which makes things even better. Here, some of the Playstore’s paid apps are available for free. Aptoide’s updates are also more frequent than those on the Playstore.

Aptoide is safe and secure, contrary to popular belief. You may rest easy knowing that no dangerous software or spyware will infiltrate your computer. More than 60,000 secure applications can be found by downloading the trusted or official APK. It also has a “Trusted Stamps” function that provides many layers of security and alerts you to apps that contain harmful information.

Premium account access is another perk of this app’s use. Premium memberships provide you access to apps from other developers as well as the opportunity to sell your own.

There are some apps and even the entire Google store that are restricted from being accessed by the general public. Aptoide, on the other hand, does not impose such limitations. It doesn’t matter where you are; Aptoide lets you download anything from their store.

Those are just a few of the perks of utilizing the Aptoide app. It will blow your mind if you’ve never used it before, so give it a whirl today.

Below we have enlisted 3 alternatives to Aptoide that are just as good as well as safe to use:

APKMirror is most likely the greatest site for downloading Android APKs.

The site is owned and administered by the same team that runs the popular Android news site Android Police, so you can rest assured that you’re in good hands.

In terms of security, APKMirror has certain strict policies in place:

You can download earlier versions of each programme, view information gathered from Google Play, and access a list of related apps for each one. If an app you install from APKMirror receives an update from Google Play after you install it on your device, it will immediately upgrade to the latest version.

Unlike the other apps on this list, Yalp Store does not have a web version. Instead, you must get the software via F-Droid, which is one of the best Google Play alternatives.

After installing the Yalp Store app on your Android smartphone, you can use it to download APKs directly from the Google Play Store. It means you don’t have to worry about middlemen putting malware into the APKs before you get your hands on them.

If your device has been rooted, Yalp Store can even update apps in the background without your intervention. The best part is that you don’t need a Google account to download the APKs from Google Play. Many people who are concerned about Google’s privacy practices will be pleased.

Another famous APK download source is APKMonk. The site focuses heavily on gaming apps, with the most popular games taking center stage on the homepage.

APKMonk appears to be safe to use. When you click into a listing, you’ll find all prior versions of the app, metadata gathered from the Google Play Store, photos of the app, and connections back to the original store listing. Before letting an app onto its platform, the site performs its own malware tests.

APKMonk may also be used to download ordinary apps. They are again divided into popular and trending categories.

Below we have curated a list of 3 applications that work synonymously to Aptoide and can be used by iOS users:

It is the most effective alternative to the Aptoide App, which is available on both Android and iOS devices at this time. A large number of apps available in the Android App store are completely free, and we can easily download them. Furthermore, it has become much easier to search for Apps, and many users have turned to this App as a substitute for Aptoide.

Hipster is a well-known application that is utilized by individuals all over the world. It is the best app for downloading both paid and unpaid apps on your Android and iOS devices, regardless of whether or not your device is jailbroken. This App is completely free, and we may get it without spending any money.

To summarize, Aptoide is completely safe to use. There is a legal corporation behind it, a support crew, and even ties to some of the most major technology companies in the world. It’s important to exercise common sense when downloading and discarding software from this repository, as it is with any other.

Aptoide has made it a priority to provide malware-free software for its users for several years now. All apps are subjected to a series of automatic and manual analysis tools, as well as user feedback, before they are released.